It seems like backcountry travel literature has fallen into this power play realm of people trying to one-up each other with extremes. “Oh yeah?” someone might say, “well I climbed this impossibly hard cliff face in 4 hours, and learned the most about myself and my connection to nature and then summited as the sun set and took this impossibly perfect photo of my silhouette pumping a fist with rope in hand... but it was super chill.”

So as canoers, it’s hard to compete with that. We do relatively low-risk things because we have open boats that tip easily. So even when we do some crazy things, a kayaker might still look at the same thing and think “my god, that’s so easy,” and rip it way harder than we can. The fact of the matter is that canoeing isn’t really meant to be a high-risk, extreme sport but instead a means of long-distance travel with risks of its own.

That being said, I’m about to tell you about the most extreme thing I’ve done as a canoer, because that’s what we’re all here for, right?

This summer I led a month-long trip for a YMCA camp based out of Ely, Minnesota. I took five 17-year-olds into the thick of northern Ontario for 28 days and encountered some incredibly wild spots. 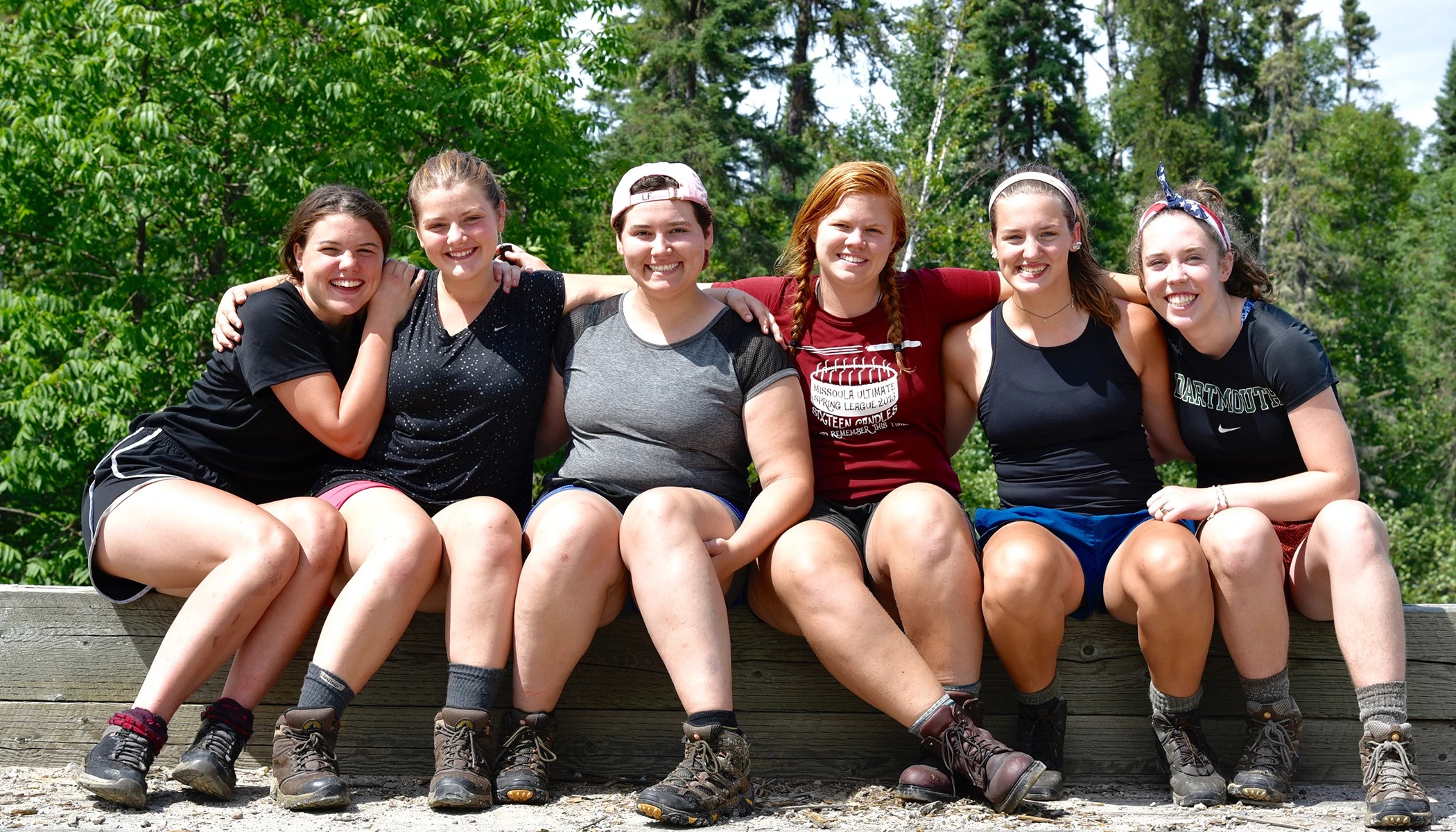 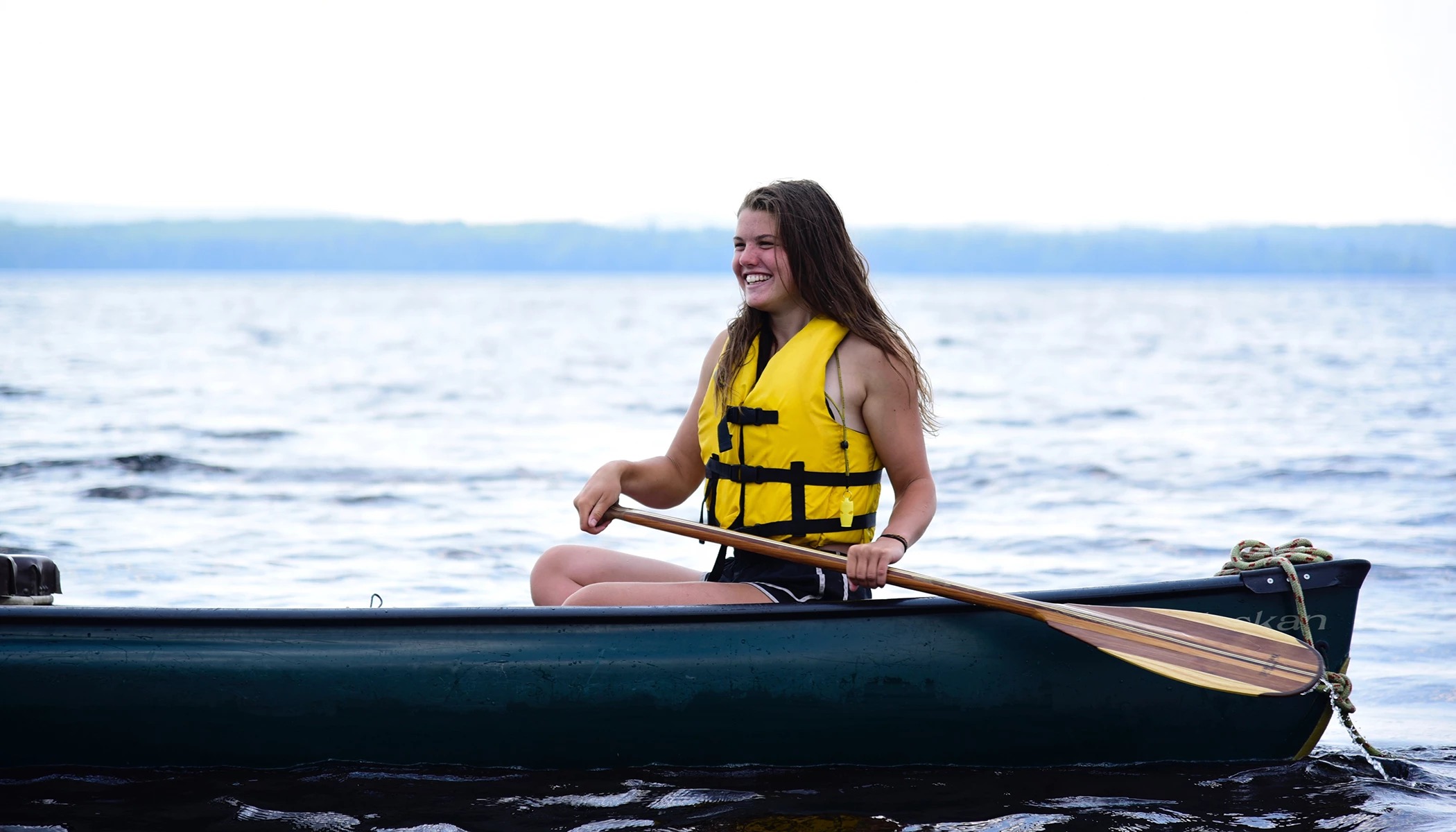 The most wild of these perhaps was 23 days deep into our trip. The six of us had paddled almost 200 miles and were ready to take on the legend we had only heard of and read about from other people at camp: the ropes portage.

At the beginning, it behaves like a totally normal portage until the world just seems to end. There’s a high cliff drop-off that’s probably two stories tall, and climbing ropes tied to trees to assist in the shuffling of gear down it. We wrapped the painters attached to the bow and stern of our canoes and slowly scooted them down the drop-off. We wore our whitewater paddling helmets, and slowly scooted ourselves down it, too.

Words don’t really seem to do it justice, I have to rely on these photos to clearly depict what was required to complete this portage. 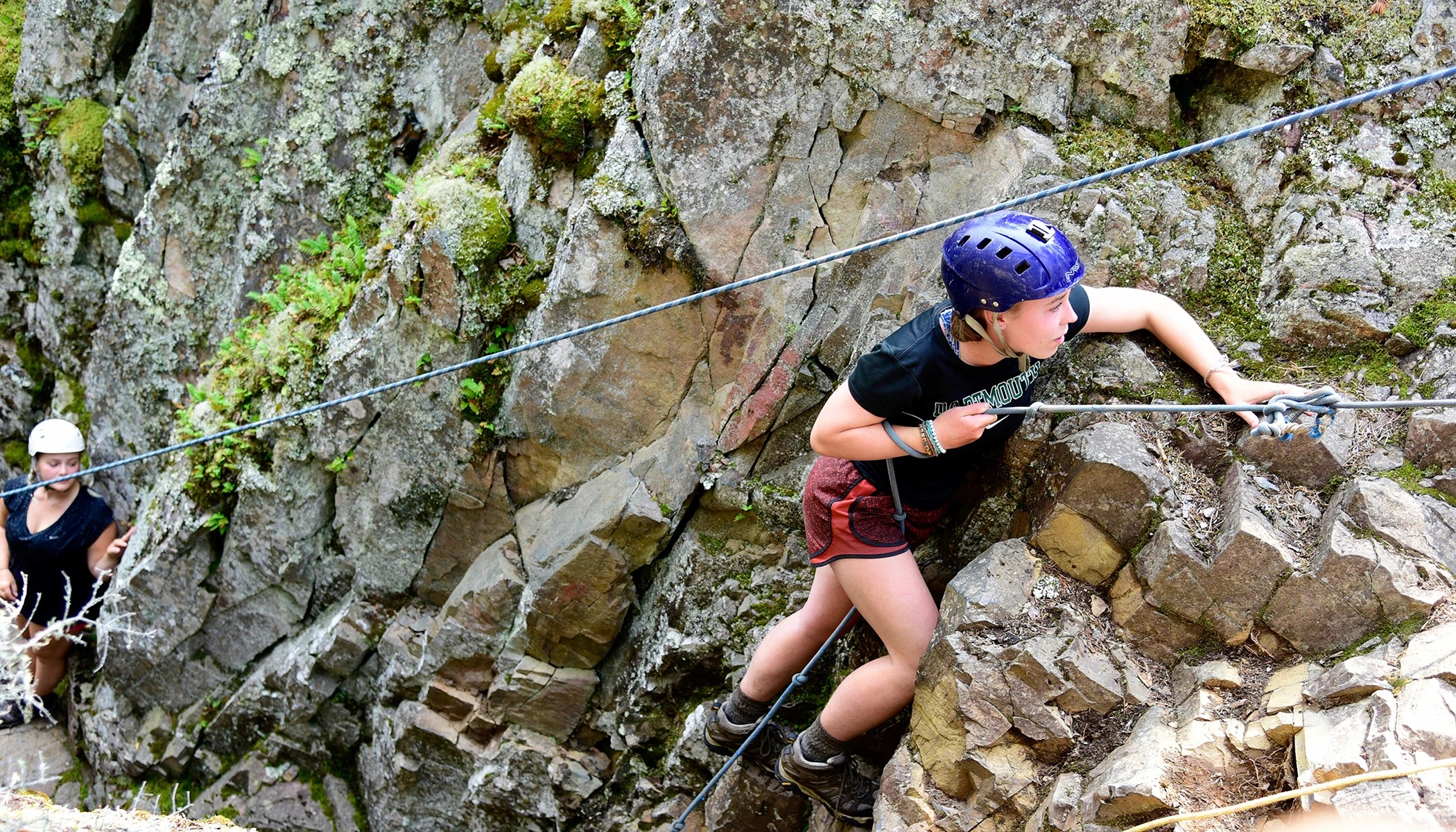 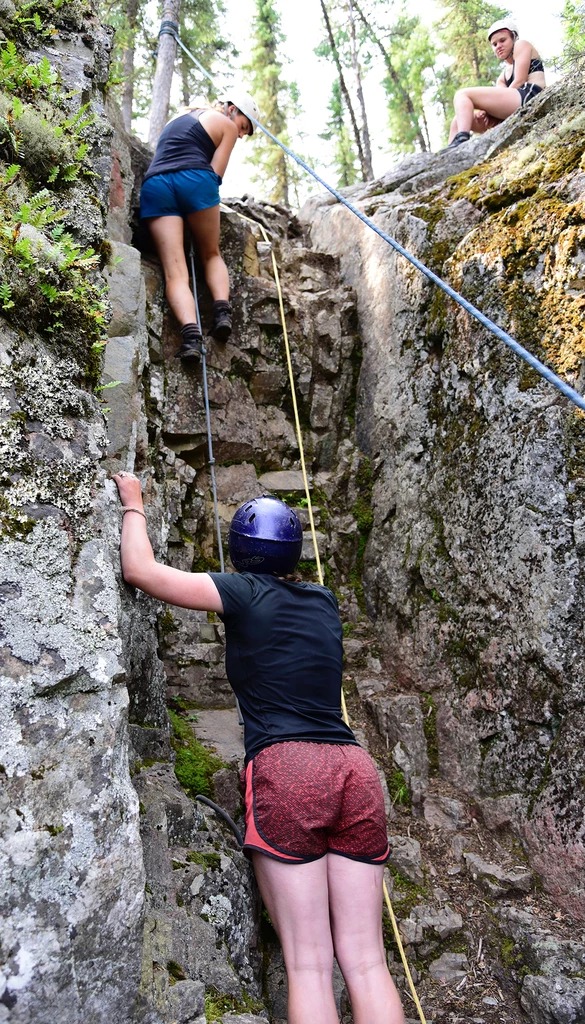 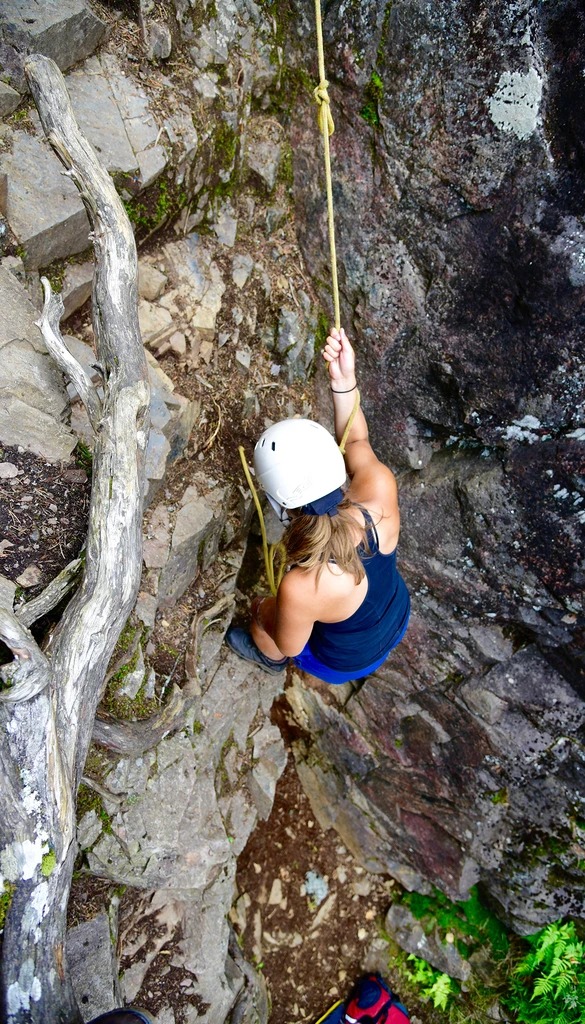 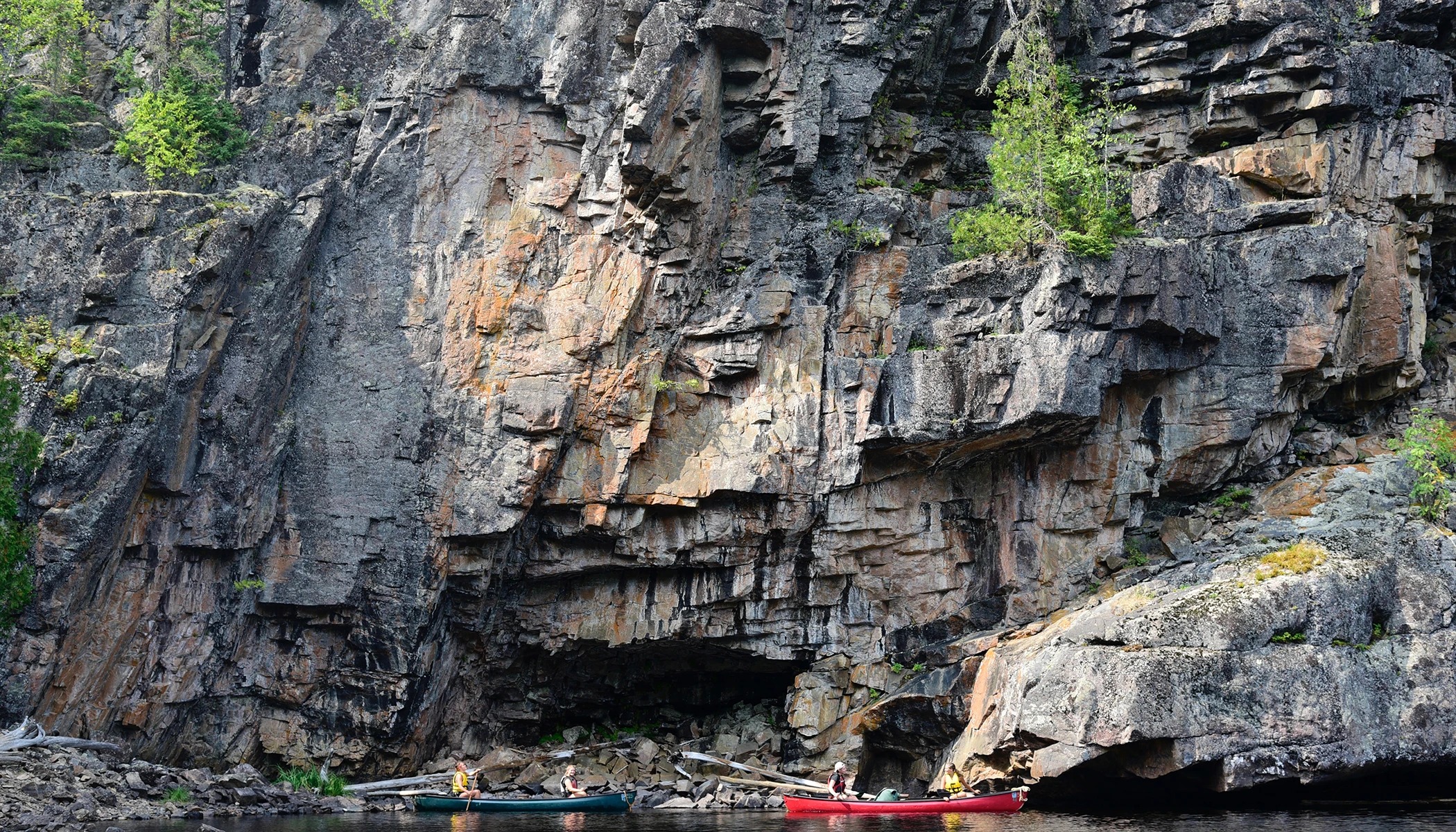 Sometimes when we’re out there, lost in the intricacies that backcountry travel inherently provides, we find ourselves exclaiming either aloud or silently “WHY DO WE DO THIS?!!”And then we let it be proven to ourselves every day of those adventures. Of course I rolled up to this cliff with a canoe on my shoulders and said that to myself and my campers. But we learned something, we worked as a unit and made our way down it, and were laughing (mostly) through the whole thing.

And isn’t that why we all travel in the backcountry? To learn something we didn't know about ourselves or the world around us? To let the wild remind us that we’re small and unknowing, but its going to teach us things?

Perhaps what it boils down to is that we all seek the thrill of the unknown. 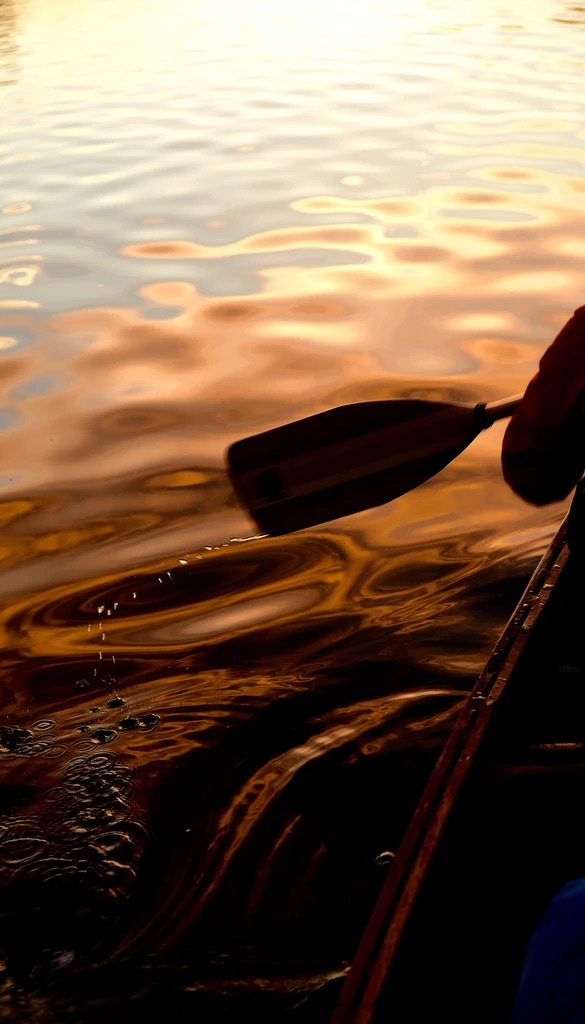